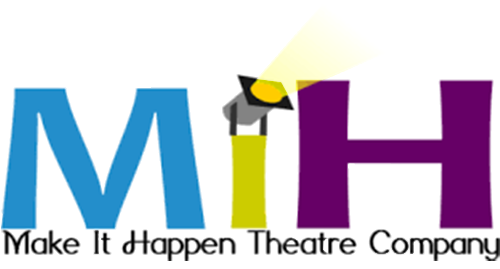 Alicia Johnson-Williams has worked as a Speech and Drama Instructor for the Birmingham City School System, the Los Angeles Unified School District, the Alys Stephens Center Performing Arts Programs and her own community theatre company, Make It Happen Theatre Company. She has been an Artist in Residence for the Los Angeles Watts Towers and a committee member for the Los Angeles Women’s Theatre Festival. She is a graduate of the Lincoln Center Aesthetic Education in the Arts Program. In addition, she has been a casting assistant in the office of Rabi Reed and Associates on such popular television series as Sister, Sister and Soul Food. Alicia has her MFA in Theatre Management and Arts Administration from the University of Alabama. She has worked with the Alabama Shakespeare Festival and the Oregon Shakespeare Festival. Currently she is the Director of College Relations at Miles College, the Artistic Director of Make It Happen Theatre Company, and a Ph.D. Candidate in Higher Education Administration at Jackson State University in Mississippi.

A Publicist, Spoken Word and Voice-Over Artist, Writer, Songwriter, and Theatre Actress, Director and Educator, LaShanna R. Tripp has appeared onstage in regional theatres across the North- and Southeast in plays such as For Colored Girls Who Have Considered Suicide/When the Rainbow is Enuf and UAB/ArtPlay & Project1Voice’s 2013 presentation of Four Little Girls: Birmingham 1963, both with the Make It Happen Theatre Company (MIH) Performance Ensemble, Umdabu Dance Company’s Jikela Umboso (A Royal Betrayal), the Alabama Shakespeare Festival’s Crowns, Birmingham Festival Theatre’s Mahalia, ACTA Theatre’s Alice in Wonderland, the Carver Theatre/UAB production of A Raisin in the Sun and The Amen Corner, and other plays including To Kill A Mockingbird, The 1940s Radio Hour, Nunsense, the world premiere of Foundling, and Cat On A Hot Tin Roof with film actor, Pat Hingle. LaShanna has been an Assistant Director with MIH since 2007 and continues to freelance as a Publicist, Event Promoter and Writer, and is a member of the Birmingham Association of Black Journalists (BABJ). Originally from New Rochelle, NY, she currently resides in Birmingham, AL with her husband, Connie Tripp, Jr., (a.k.a. Constantine The Emcee) and their three, beautiful children, Miracle Ann, Connie III, and Ajah MeChelle.

David Roby, a professional actor and director as well as a playwright and screenwriter, is a member of the Actors Equity Association and the Dramatists Guild. His play Arts and Science won the 2006 Jean Kennedy Smith Playwriting Award and was published in Blackbird Journal. So was Unseen Character, a play about characters referred to, but not seen on stage, in Tennessee Williams The Glass Menagerie. His interest in Williams led to his one-man show (in which he plays nineteen characters!); produced most recently at Seacoast Repertory Theater in Portsmouth, New Hampshire, sometimes there’s God so quickly chronicles Roby’s travels throughout the Mississippi Delta interviewing people who knew the late playwright. After receiving the B.F.A. at the North Carolina School of the Arts and the M.F.A. at Illinois State University, he continued his studies in acting and playwriting at Oxford University, the Wooly Mammoth Theatre School in Washington, D. C., and the Playwrights Intensive at the John F. Kennedy Center. Roby has served as a Graduate Professor in Acting, Oral Interpretation, and Experiencing Theatre at Illinois State University, Artist-in-Residence at Oklahoma City University, and the Tennessee Williams Fellow in Playwriting at the University of the South from 2010 to 2012. His honors include the 2008 John N. Wall Fellowship, the 2009 Tennessee Williams Scholarship in Playwriting at the Sewanee Writers Conference, as well as a residency at Endstation Theatre in Sweet Briar, Virginia. Currently, Roby is Artist-in-Residence at University of Alabama at Birmingham Arts in Medicine and the acting and playwriting teaching artist at U.A.B.’s ArtPlay.

Valerie Reed started performing as a child here in Birmingham, Alabama even though acting venues were limited at the time. She has honed her skills as an actor, writer and playwright in Birmingham as well as New York City. She works as an acting coach with Make It Happen Theatre Company and Make It Happen Performing Ensemble. Her recent acting credits include Four Little Girls Birmingham 1963 and Merriment & Melodies. Valerie’s company, A Travel Memory, specializes in student tours to New York City introducing both teachers and students to Broadway! Her company also offers tours to Washington DC. She is the past Troop Leader of Princeton Girl Scouts. She is a proud mother and grandmother. Ms Reed resides in Birmingham and is the Manager of Southern Home Healthcare, serving seniors and the disabled in our community.

H. Ray Robinson, Jr. was born in East Orange, NJ on June 27 th , 1964. He started playing drums at the age of 4 years old on top of the Quacker oatmeal box with two pencils. He, later in life, began formal lessons at the age of 11 under the instruction of Joe Varhula. Ray continued his lessons with Brian Callahan – for rudimental drumming, Jerry Turnmier – for jazz improvisation on mallets, and attended The (DCI) –Drum Corp International Cavaliers drum rehearsals where Mike Chiota was a drumline/percussion instructor. Mr. Robinson was awarded 3 rd third-in-state in the IMEA Illinois Music Education Association. After completing HS, Mr. Robinson joined the US Army Band program where he was assigned to the 3rd Armour Division Band, Frankfurt, Germany & the 82 nd Airborne Division Band, Ft. Bragg, NC as a percussionist. While in the Armed Forces he performed for numerous dignitaries such as Bob Hope, the Ronald Reagan administration, and many more…. He has opened up for Miki Howard, Shirley Murdock, Zapp ft Roger Troutman, as well as, gospel artists Babbie Mason in Birmingham, Al and attended Kirk Franklin’s workshop Silver and Gold in Augusta, Ga. Mr. Robinson’s teaching experience started when he was 16 years old by showing young drummers how to play rudiments and the basics of playing the drum-set. He has taught in a clinic setting at The Alabama Jazz Hall of Fame on Saturday morning Jazz program, under the direction of Dr. Frank Adams. Ray was also affiliated with UAB’s Artplay program where he was a percussion consultant/instructor and private instructor for various events. Mr. Robinson, also,has his own private students that perform as a percussion ensemble and to include recitals. Lastly, Mr. Robinson, has an organization called Hearbeat Percussion Ensemble that also perform at different events, ie; VBS – vacation bible schools, health fairs, & cultural events such as Kwanzaa Celebrations annually at Birmingham’s Civil Rights Institute and more.

Byron Bradley is an actor, singer and dancer. While a student attending Center Point High School, Byron was also a member of Make It Happen Performing Ensemble. His acting,singing and dance credits include theatrical productions with both CPH and MIH. He is the current president of the Lawson State Community College choir. Byron choreographs for Make It Happen Theatre Company, Make It Happen Performing Ensemble and Center Point High School. He is an active member of Lawson State Student Government Association.After graduating from Lawson State this spring, Byron plans to attend Alabama State University in the fall. His personal goal is to earn a degree, PhD, in theatre and perform on Broadway.